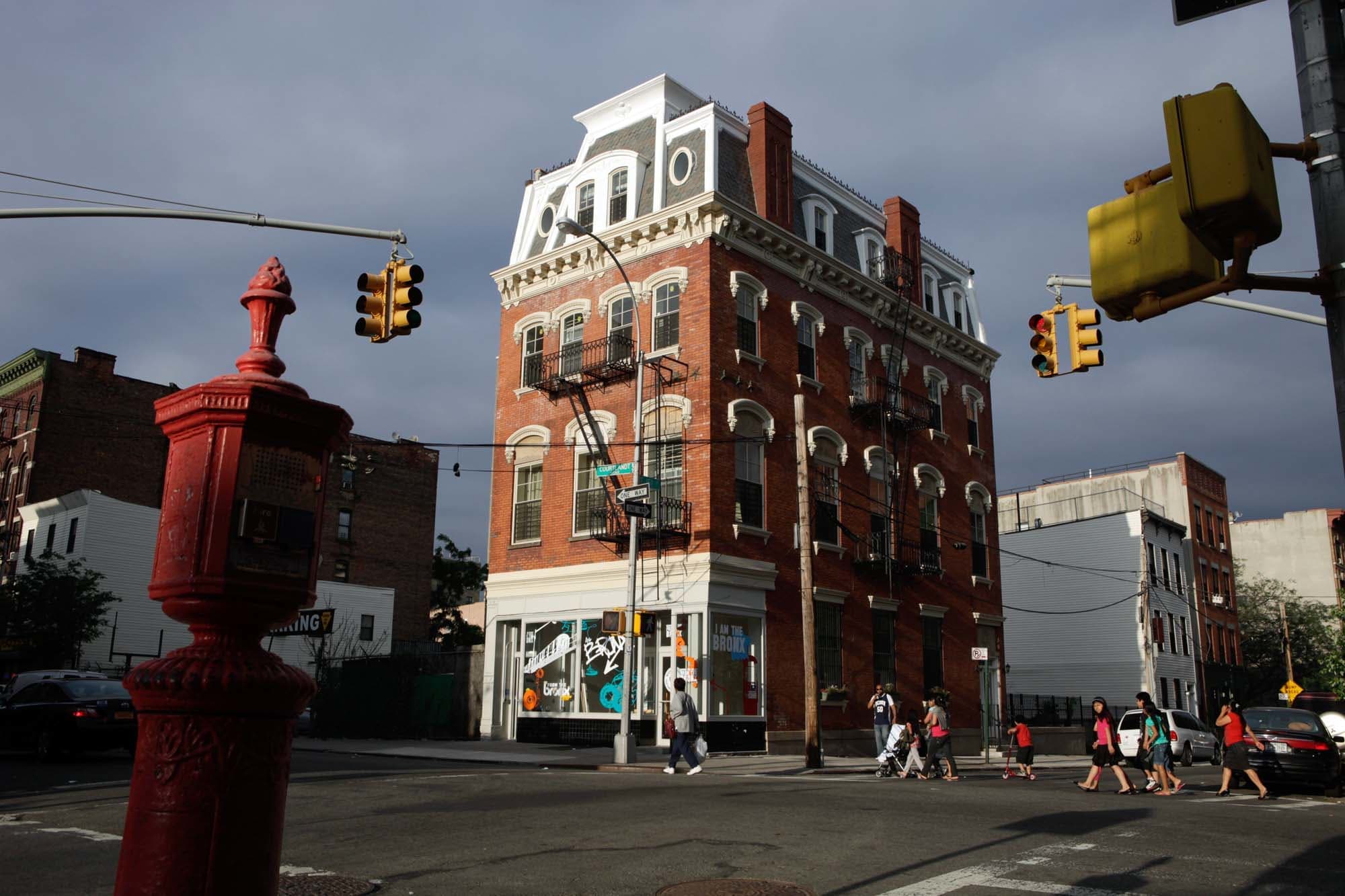 
After residing in the Bronx in the 1980s, founder Michael Kamber spent a decade on the road photographing conflict and war for The New York Times. When he left Afghanistan in 2011, he returned to the Bronx with a dream of creating an educational space that would provide the South Bronx with much needed access and exposure to high-quality documentary work. After purchasing an abandoned landmarked building, he partnered with arts administrator and co-founder Danielle Jackson and turned the building’s 1,000-square-foot storefront into the Bronx Documentary Center’s permanent home.

The center’s programming is robust, with over 35 major exhibitions and hundreds of public programs, including film screenings, lectures, workshops, free guided exhibition tours for over 5,000 students, and community-based service projects for South Bronx residents. Over 35,000 people have visited the BDC gallery and participated in its programs. The center is particularly proud that over 70 percent of its visitors and participants come from the Bronx.


The Bronx Documentary Center is an accessible, community-oriented gallery and educational space located in Melrose, one of New York City’s fastest growing neighborhoods. Melrose is the proud home to immigrants from around the globe, including many from the Caribbean, West Africa, Mexico, and South and Central America. To serve the Melrose community, the BDC opens up local discussions through film and photography and provides access to world-class exhibitions and screenings, all the while being fully rooted in the concerns and needs of Bronx residents. Additionally, the BDC not only employs Bronx residents, but also promotes educational programming that empowers our neighbors to tell their own stories. By carving out a unique arts space, the BDC seeks to encourage Bronx residents to participate in the vibrant culture of Melrose and beyond.


The Bronx Documentary Center (BDC) is a non-profit gallery and educational space. Through exhibitions, screenings, and public programming, we show the work of internationally-renowned and emerging photographers and filmmakers who are dealing with the themes that guide the BDC: justice, education, community-building, and positive social change. We also provide free education programs for middle and high school students as well as a professional education program for historically underrepresented adult Bronx-based photographers. This program provides opportunities for professional development and skills training in photojournalism, filmmaking and documentary photography. 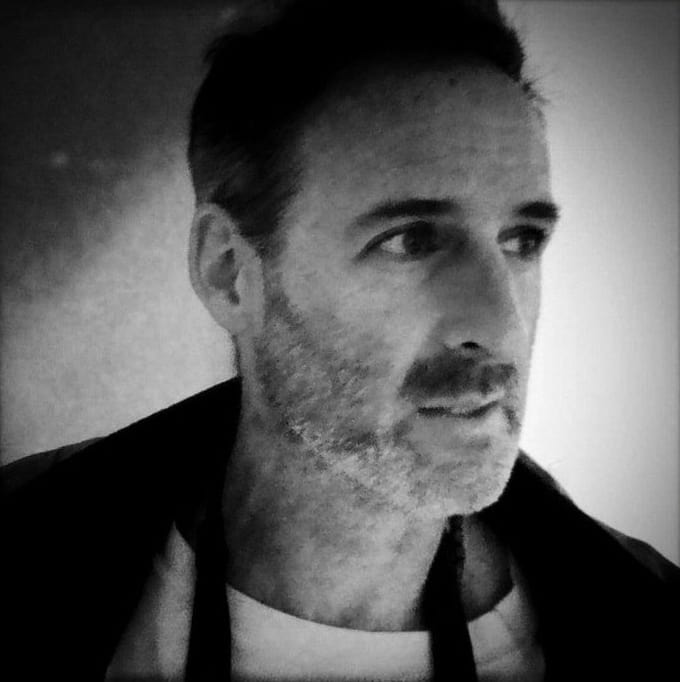 Michael Kamber has worked as a journalist for more than 25 years. Between 2002 and 2012, he worked for The New York Times, covering conflicts in Iraq, Afghanistan, Liberia, the Sudan, Somalia, the Congo, and other countries. He was the first person in New York Times' history to routinely file photos, videos and written articles to the paper. His photographs have also been published in nearly every major news magazine in the United States and Europe, as well as in many newspapers. In 2011, Kamber founded the Bronx Documentary Center, an educational space dedicated to positive social change through photography and film. Kamber is an adjunct professor at Columbia University. He is the winner of a World Press Photo award, the Mike Berger Award, the Society of Professional Journalists Deadline Club Award, American Photo Images of the Year, and is a member of The New York Times team that won a 2003 Overseas Press Club award. The New York Times twice nominated Kamber’s work for the Pulitzer Prize. 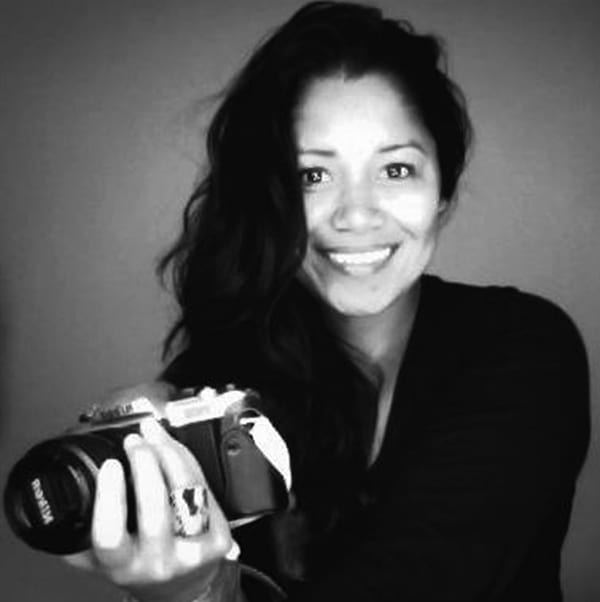 Den Quinsay has over 10 years of senior management experience working in the non-profit sector, developing and leading cross-disciplinary projects and programs focused on youth and adults in the gender violence field. She has worked on community task forces and coalitions, and has been a public speaker on panels, events, and presentations. As a photographer, she believes in the power of documentary photography and storytelling to connect people and communities, helping them focus on important social issues. Den has a MS in global leadership and a MA in gender and peacebuilding. 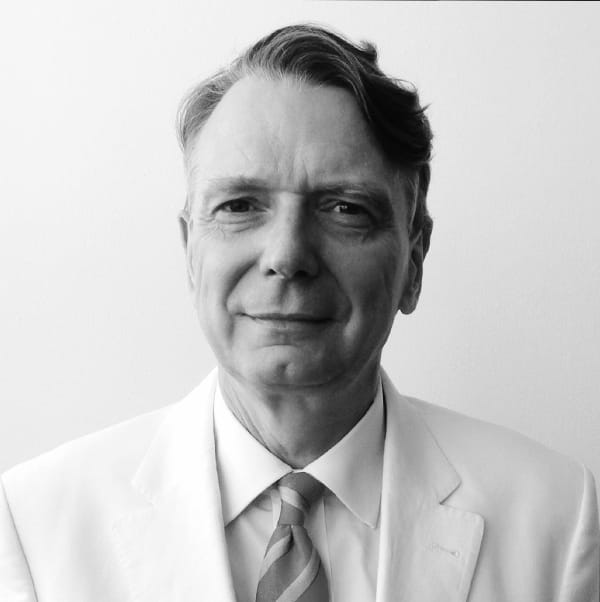 David Dean has over 40 years of experience as an arts administrator, strategic planner, and non-profit fundraiser. Throughout his career he has mixed a passion for the arts with a commitment to social justice and civil liberties. He was the Development Director at Casita Maria Center for Arts and Education, based in Hunts Point, for six years and had previously worked for the Queens Museum and Printed Matter, where he was the Executive Director for five years. He maintains a practice as a non-profit consultant with clients including City Lore, the Camargo Foundation and Poster House. David was born and educated in the United Kingdom where, before moving to the United States, he worked for the civil liberties organization Liberty as well as English National Opera and the National Trust. He holds a degree in Sociology from Goldsmiths, University of London. 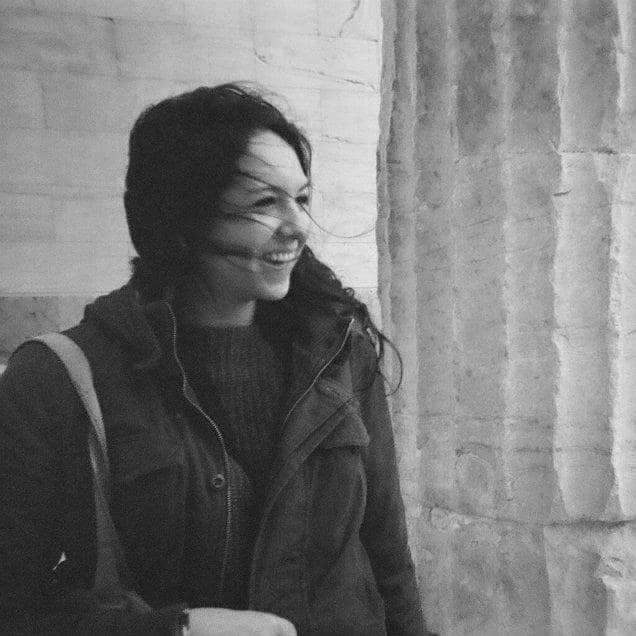 Bianca Farrow has worked for the Bronx Documentary Center since 2013 and became the Education Manager in 2016. In 2013, Farrow helped organize what is now known as the Bronx Junior Photo League (BJPL), an after-school program that empowers Bronx youth to express and develop ideas around social justice issues in their community through photography and writing. She traveled with three BJPL students to an international high school student photography festival in Higashikawa, Japan in the summer of 2016. While at the BDC, Farrow has produced numerous exhibitions, including Miradas: Contemporary Mexican Photographers, Via PanAm: The Pursuit of Happiness, and Altered Images: 150 Years of Posed and Manipulated Documentary Photography, the latter of which was widely featured in national and international press. Farrow graduated from New York University with a BA in Documentary Photography and Sociology in 2013. 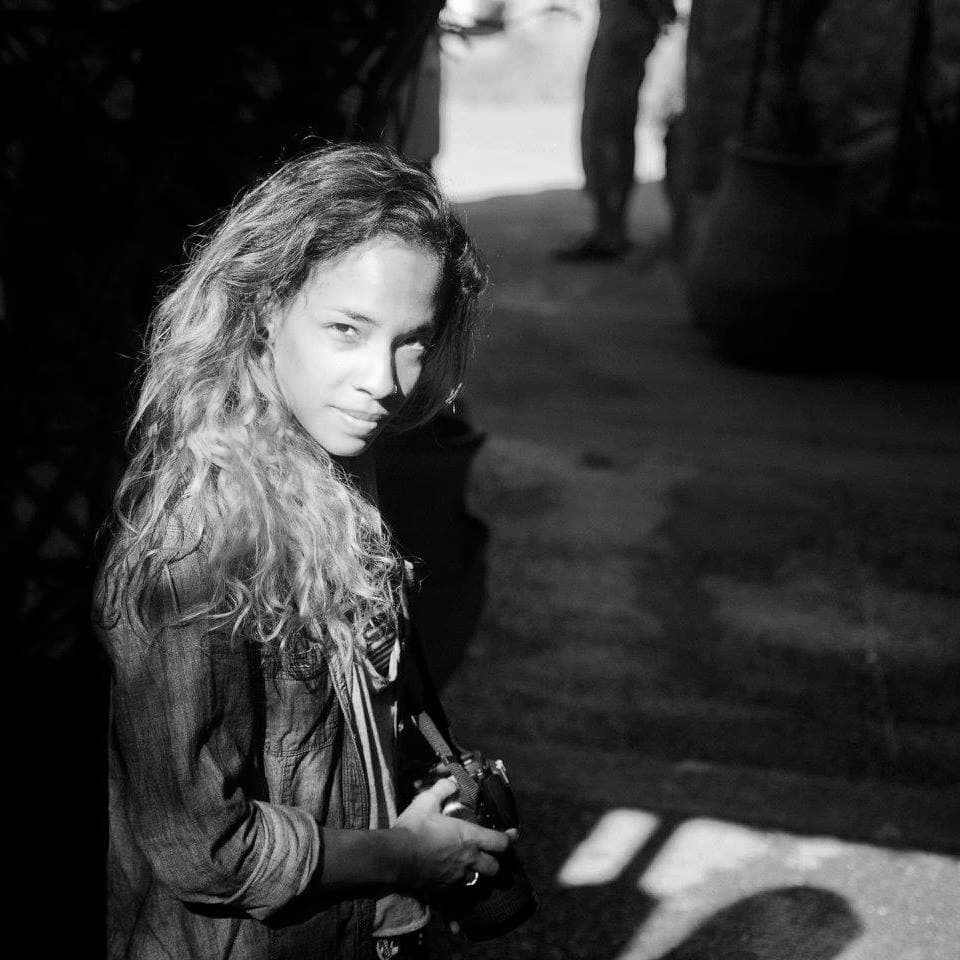 Cynthia Rivera is an artist and photographer originally from Manhattan's Lower East Side. She currently lives in the South Bronx and has worked as the Exhibition Coordinator at the Bronx Documentary Center since 2014. Rivera graduated from the Fashion Institute of Technology with a BFA in Photography and a minor in Art History. She was part of the PIKADON project, an artist workshop based on raising peace awareness against nuclear war. Rivera also handmakes photo/art books and is in the process of starting a collaborative project to create children's books based around social justice and world issues. 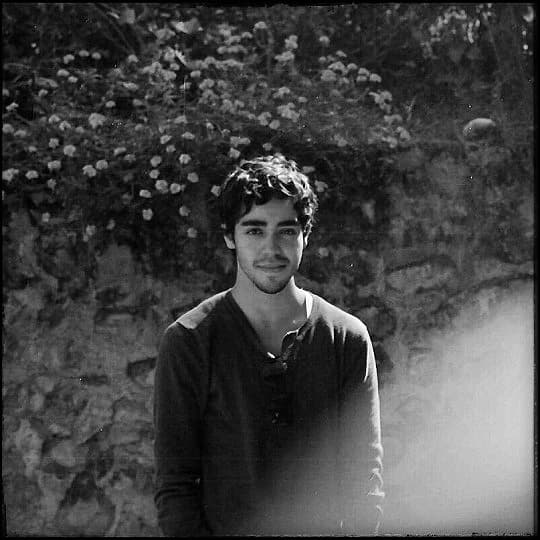 Jonathan Santiago is a photographer and filmmaker born, raised, and currently based in New York. His work explores questions of identity and being, as well as confronting the realms of power and inequality. His images can be found in publications such as The New York Times and Time Magazine. 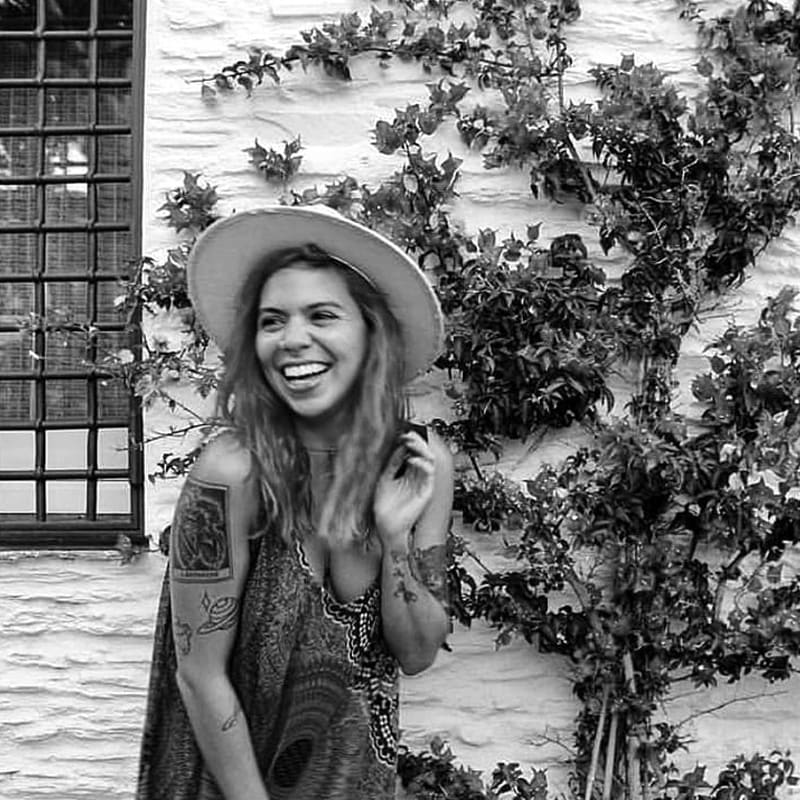 Mel Patten is a Cuban-American artist and photographer originally from Miami, Florida. She studied analog photography while still in high school and went on to study fine arts at Miami Dade College. Her work in Miami, nostalgia-driven, was primarily focused on the “lost” Cuban culture that transformed the city’s landscape in the 1960s and 70s. Her passion lies in honoring that culture through glimpses or vignettes of Miami’s inhabitants, depicting life in the new world while still respecting the old. In addition to her work with the BDC, she is also a darkroom technician at the International Center of Photography. 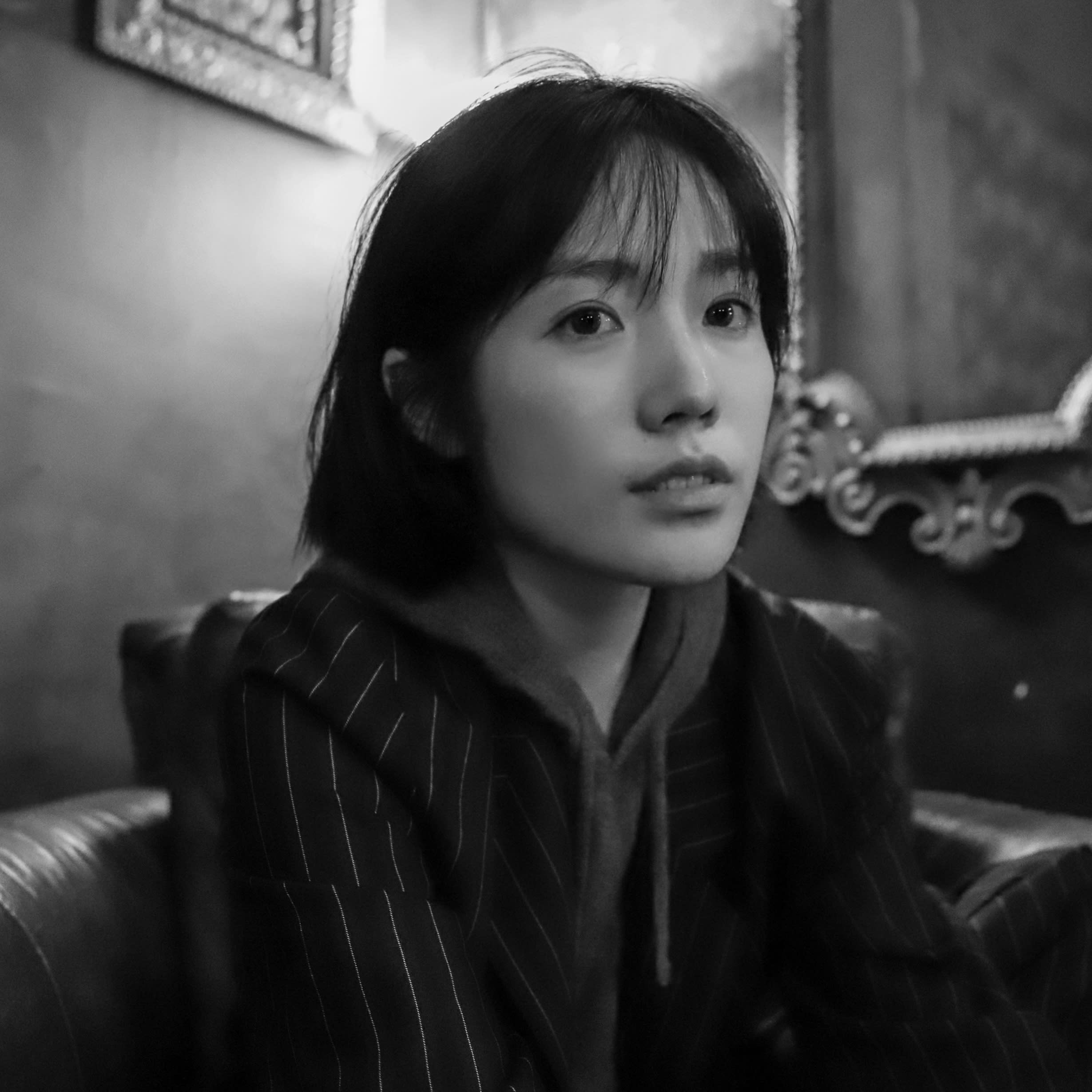 Tianqi (Angela) is an aspiring photographer who had grown up in both Hangzhou, China, and Berkshire, England. After graduating from New York University with double majors in Journalism and Media, Culture and Communications, she joined the BDC as an intern to assist the Executive Director and in efforts of outreach. At the current stage of her creative career, her body of works reveals a deep interest towards subtle expressions of the human condition. At the same time, she is also oriented towards experimenting with colors and examining their varying connotations. Her work has been featured in online publications such as Fisheye, Ain’t Bad, C41, and Phroom. 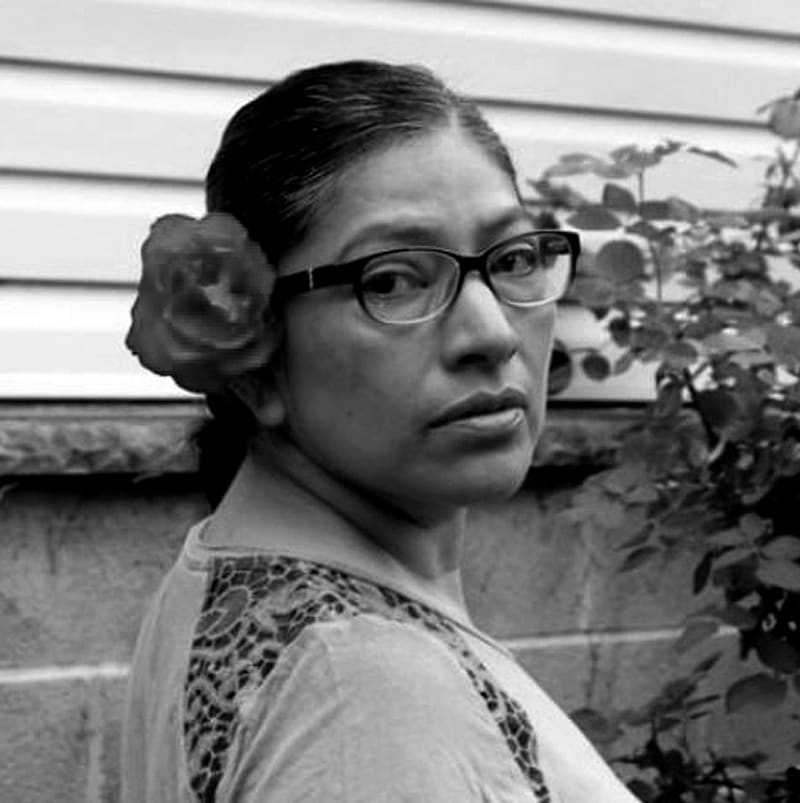 Maria De La Paz Galindo is a Mixtec indigenous from Oaxaca, Mexico. She has lived in the South Bronx for 29 years and was a dedicated long-term volunteer before becoming Bronx Documentary Center’s Community Engagement Coordinator. She trusts that genuine connection leads to honest conversations. Her core belief is that education is important not just for the Latinx community, but also for the immigrant community at large. 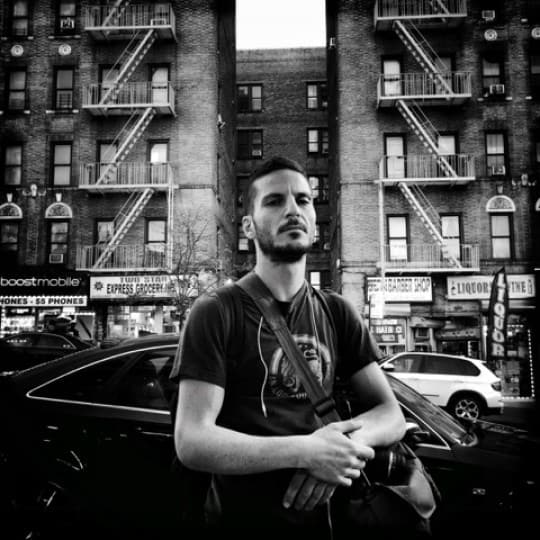 Giacomo Francia is a Filmmaker and a Multimedia Editor. He graduated from the University of Rome with a degree in Film and Cinema Studies that sparked his interest in social issues. His work has been featured in The New York Times Op-Docs, which nominated him for a POY(Picture Of the Year) Award in 2016, The Guggenheim Museum, The Ground Truth Project (Global Post) and PBS-Thirteen. He is currently a freelance Filmmaker and the BDC Films Project Manager, a fellowship program designed to address the lack of support for traditionally underrepresented documentary filmmakers in the Bronx. 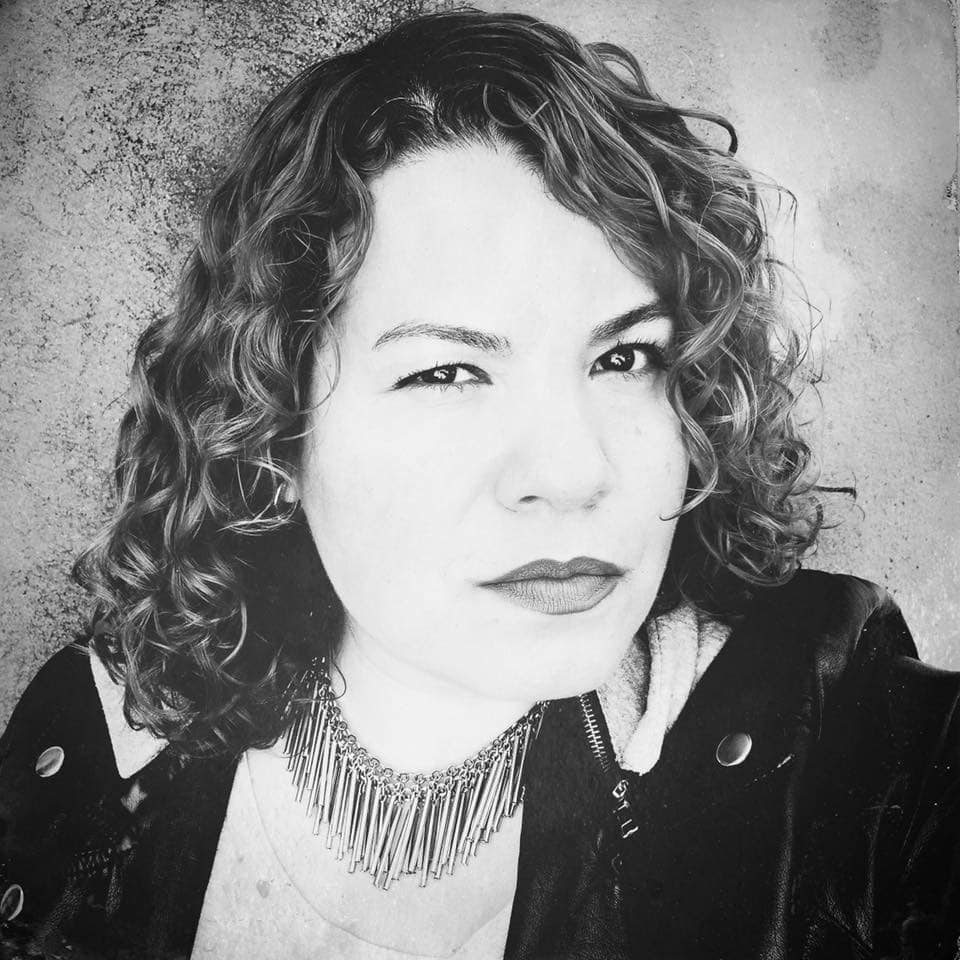 Rhynna M. Santos is a photographer born in Puerto Rico and currently residing in the Bronx. Santos’ work depicts the everyday life and perspective of people of color. Santos is the coordinator of the Bronx Senior Photo League (BSPL) at the BDC, Bronx Junior Photo League College Counselor, curator for the Instagram feed Everyday Bronx and founder of the Bronx Women’s Photo Collective. Beyond that, Santos serves as co-executive Chair of the Bronx Culture Collective. She earned her Bachelor of Arts degree in Women’s Studies from UCLA in 2007 and has lived and worked in Spain, where she entered and placed in her first photography competition, PhotoEspaña. 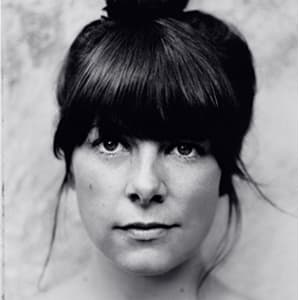 Kelli Scarr joined the Bronx Documentary Center in 2013 as the Director of Grants and Foundation Relations. Scarr has a deep passion for social justice and the arts and has a proven track record of fundraising for organizations that promote those dynamics in underserved communities. She has ten years of experience fundraising for Bronx non-profits and completed the We Are the Bronx Fellowship program in 2014 and the Devos Institute for Arts Management program in 2016. A graduate of the Berklee College of Music, Scarr is also a professional composer, musician, and performer who has toured the world playing with musician Moby. In 2011, she was nominated for an Emmy for her film score for the documentary film "In a Dream." 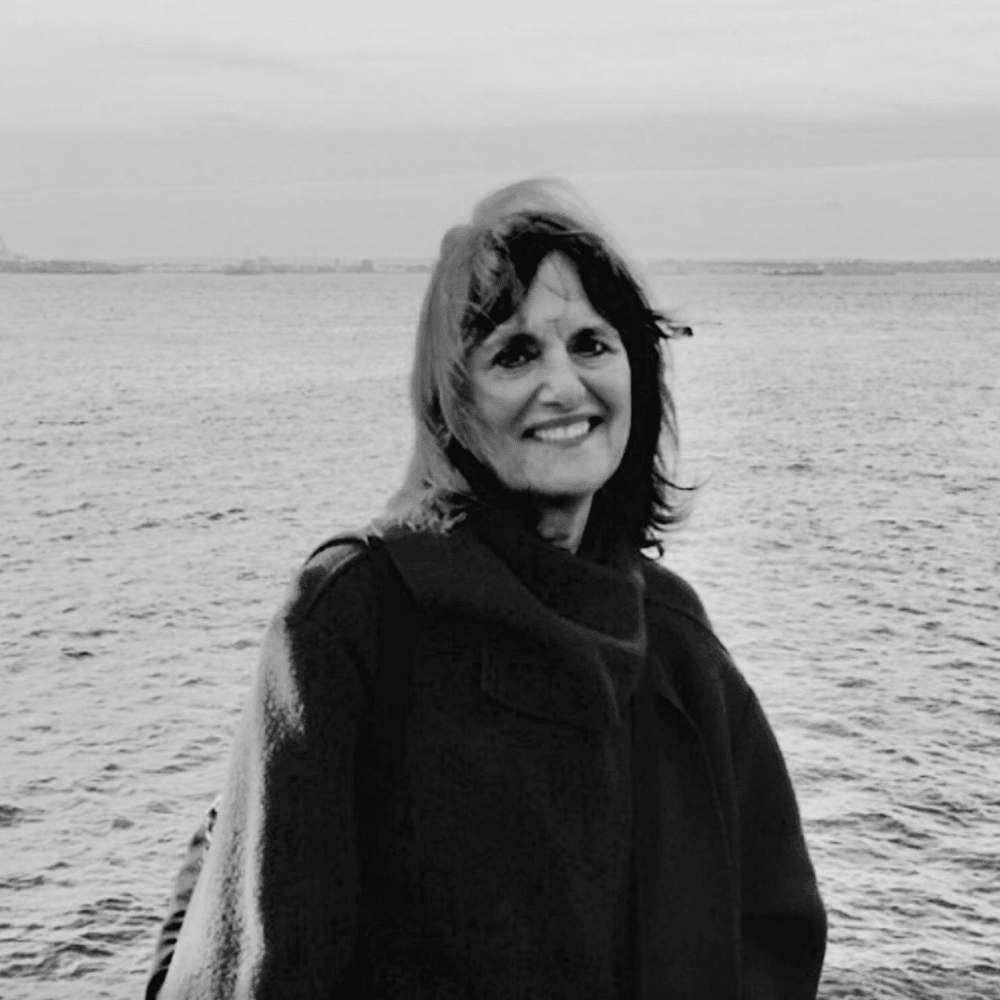 Terry Shtob has worked as Development Consultant with the Bronx Documentary Center since 2016. She worked for many years directing programs for both arts-centered nonprofit organizations and for universities. She spent over ten years directing NYU’s Department of Visual Arts and Writing at the School of Professional Studies, and also served as Associate Dean of Continuing Studies at Stanford University. Her nonprofit work includes work as Deputy Director at The Mexican Museum in San Francisco, and as a development professional at the SF Museum of Modern Art. She has a PhD from the City University of NY, and conducted research with a Fulbright grant on the contemporary Italian feminist movement while finishing her degree. 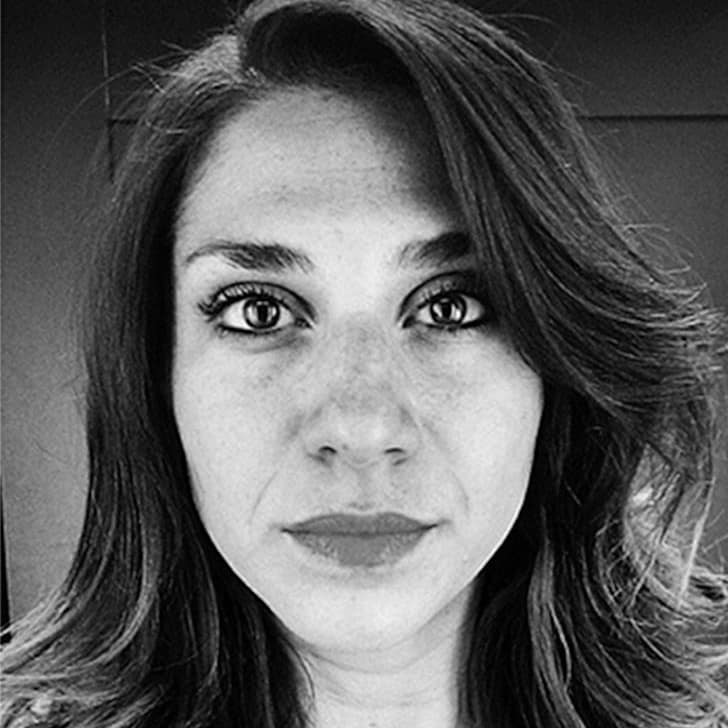 Katie Khouri has worked with the BDC since 2012, creating promotional material for events and managing social media and online content. She is a freelance graphic designer with a background in photojournalism. She interned with Magnum Photos and photojournalist Ashley Gilbertson of VII Photo. Khouri is the co-founder of "5 Journal", a theme-based photo publication started with David "Dee" Delgado in 2017. She graduated in 2007 from SUNY Plattsburgh with a BA in Journalism.

The Bronx Documentary Center receives funding from individual donors, the National Endowment for the Arts, New York State Council on the Arts, and New York City’s Department of Cultural Affairs.