Look at the USA, an exhibition of the work of noted documentary photographer Peter van Agtmael, will focus on the fault lines of the post-9/11 United States, at home and abroad. The 128  photographs span the period 2006-2021; they examine the wars in Iraq and Afghanistan, and their domestic consequences–wounded soldiers and the families of the fallen. This work also explores crucial social and political issues such as nationalism, militarism, refugees, race and class, as well as the tumultuous events that led up to the January 6, 2021 storming of the U.S. Capitol. Texts accompanying each photograph address van Agtmael’s complex motivations as he took these photographs, while providing broader political and historical context. The title of the show comes from a library book van Agtmael found at Baghdad College, a prestigious high school for boys founded by American Jesuits in Iraq. The school was “an emblem of a time when the United States was known in the Middle East not for military action, but for culture and education.”

This exhibition was curated by Cynthia Rivera, Peter van Agtmael and Michael Kamber with additional support from Paul Stremple and Bonnie Briant. 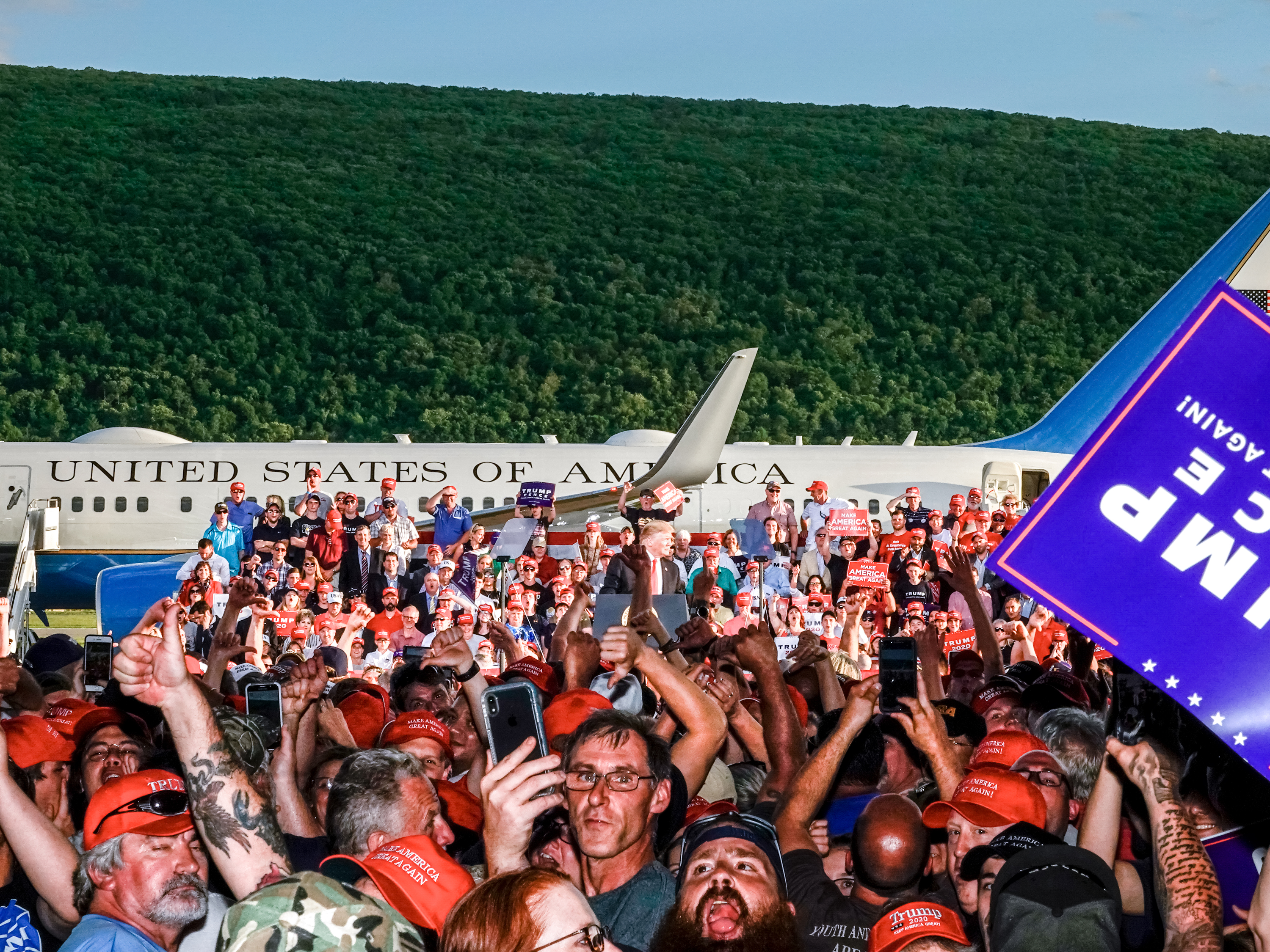 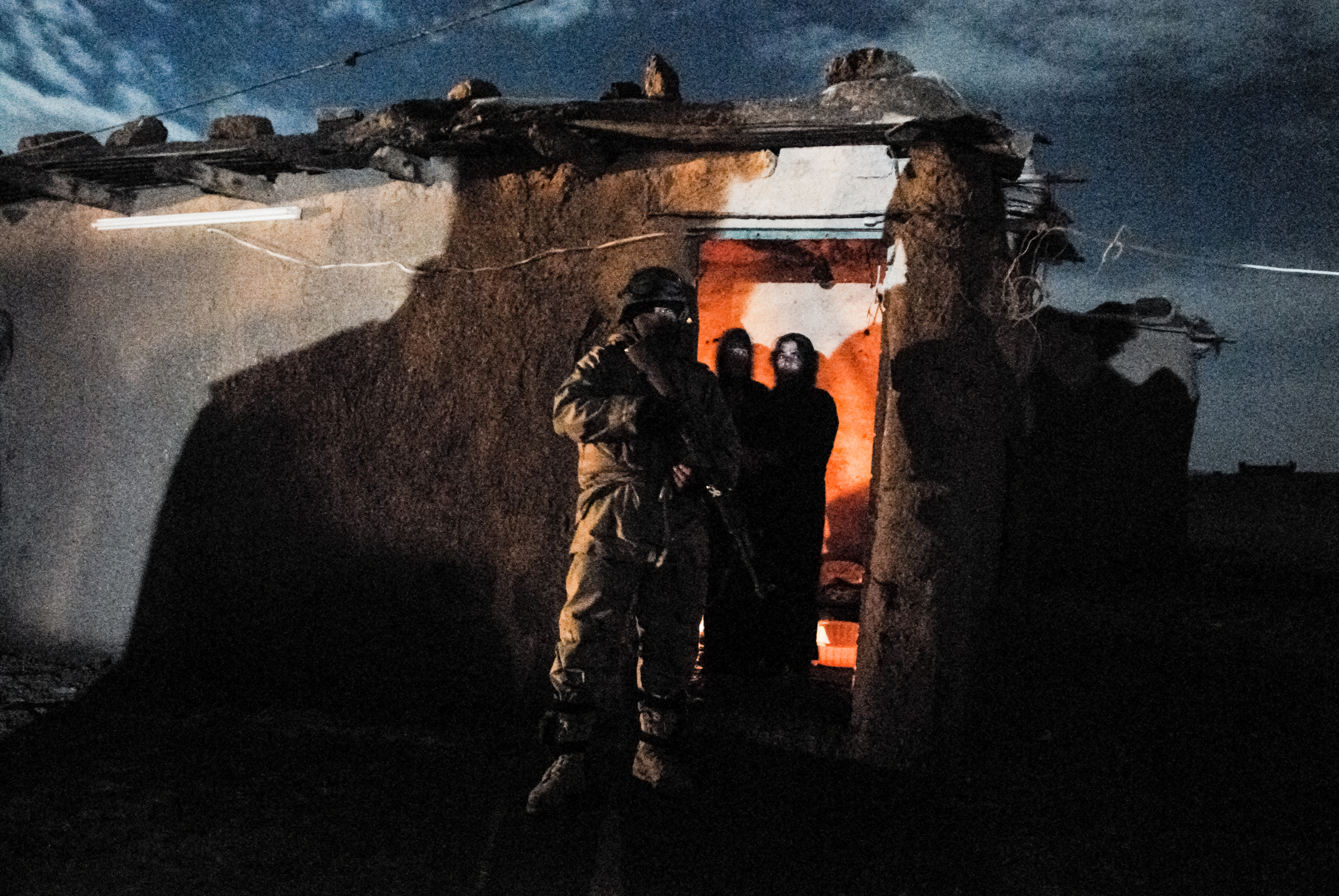 Peter van Agtmael was born in Washington DC in 1981. He graduated from Yale University with a BA in History. Since 2006, his work has largely concentrated on the United States and the post-9/11 wars. He has received a Guggenheim Fellowship, the W. Eugene Smith Grant, an ICP Infinity Award, the Aaron Siskind Grant, the Lumix Freelens Award, several Pulitzer Center Grants, a Magnum Foundation Fellowship and several awards from World Press Photo. He is the author of five books, and shortlisted for the Aperture/Paris Photo, Rencontres D’Arles and Kassel Book Awards as well as appearing in “Book of the Year” lists from The New York Times Magazine, Time, The Guardian, Buzzfeed, Mother Jones, and Vogue, amongst others. Peter is a mentor in the Arab Documentary Photography Program, a founder of Mass Books and a member of Magnum Photos.

HEADER IMAGE: A sign outside of “Battlefield Vegas,” a shooting range in Las Vegas. There was an Osama bin Laden target you could shoot with the “Seal Team Six” package. For $2,499, you could crush a car with a surplus tank. © Peter van Agtmael / Magnum Photos

INTERIOR IMAGES (L-R):
President Trump complains about the media during a campaign rally. At each of his campaign events, he stokes anger at the “fake news,” and much of the crowd turns around to boo the media and give us the finger. Yet when we talk to Trump’s supporters before and after his speech, they are generally kind and polite. Still, after a violent encounter with a mob in Egypt, I know how quickly and easily groups of people can turn when inflamed. Montoursville, Pennsylvania. USA. 2019. © Peter van Agtmael / Magnum Photos

Women sob as soldiers arrest their family. It was one of my first raids in Iraq. At the time, I felt almost no emotion. I was consumed by the novelty and the mania. We got back to the base as the sun was beginning to rise. I opened the door to my trailer and turned on the buzzing fluorescent lights. I was ashamed of my excitement, and tried to convince myself I wasn’t really feeling such joy to be at war. I went out on raids every few nights for the next two months. By the end of my time there, the adrenaline had been taken over by sadness and unease and I would collapse on the bed and fall into dreamless sleep. Mosul. Iraq. 2006. © Peter van Agtmael